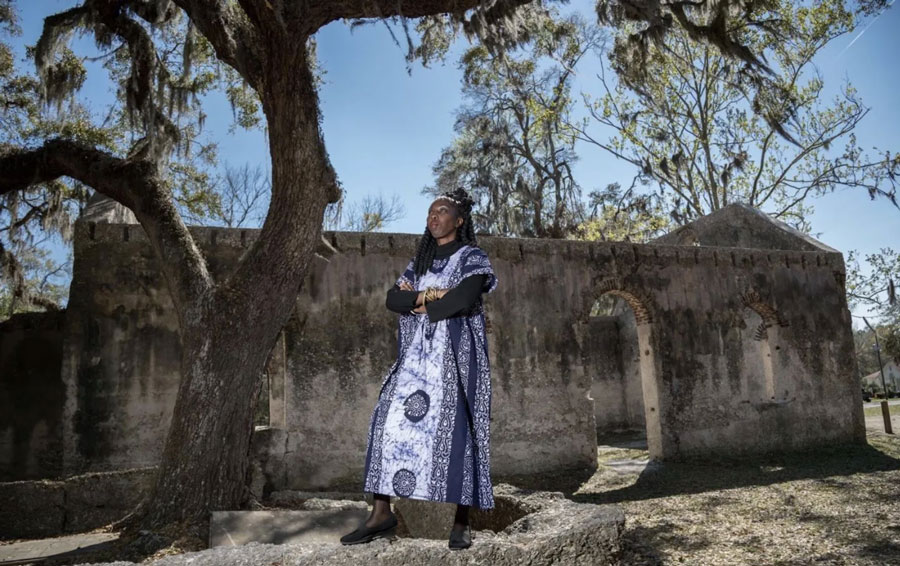 By Leah Douglas
(original article published in The Nation)

Along Allen Road, though, an older version of Hilton Head is preserved. The short street bisects a 38-acre plot and travels past some 23 trailers that house members of the Allen family. Tall oak and pine trees block the sun from flowering shrubs in the sandy soil. The noise from passing cars is drowned out by bird chatter and an occasional shout from one family member to another.

Matthew Allen, now in his 70s, grew up visiting this family land where his father and grandfather grew up. “When [my father] was coming up,” he recalls, “they used to…go down to the water to fish. They used to hunt. [They] used to farm the land, used to grow okra, corn, sweet potatoes. They took full advantage of the land.”

It was Dennis Allen, Matthew’s great-grandfather, who purchased the land on Hilton Head. The son of slaves, Dennis Allen bought his first parcel of nearly 20 acres in 1897, at a time when African Americans were purchasing land across the country. Today, the Allen family owns the largest undeveloped lot on Hilton Head.

But as the land enters its 120th year in the family, the Allens are struggling to hold on to it. Because of ambiguities surrounding the land’s title, there is no primary owner of the property; all of the heirs of the original owners—and there are more than 100 known heirs—are legally co-owners. As such, the land is classified as “heirs’ property,” a designation that makes it vulnerable to being sold without the family’s full consent. As the Allens attempt to overcome a stacked legal system—exacerbated by corrupt lawyers and predatory developers—they are at the center of a decades-long fight to retain black-owned land across the South.  Read full article

Sign up to receive our newsletter, email alerts and important information about your local community land trust.

Asheville-Buncombe Community Land Trust is a tax-exempt 501(C)(3) nonprofit organization. Your gift is tax-deductible as allowed by law.

The ABCLT is a membership-based nonprofit that is controlled by its members. All ABCLT homeowners are members, and other people in the community may also join. All general members have a say in the direction of the ABCLT through voting at the annual membership meeting.

As a general member, you will:

As a supporting member, you will:

The annual membership fee is $25/year or 2 hours of sweat equity.

To become a member, please complete online the application form on this page or you can download the PDF version and mail it in with your $25 membership fee.